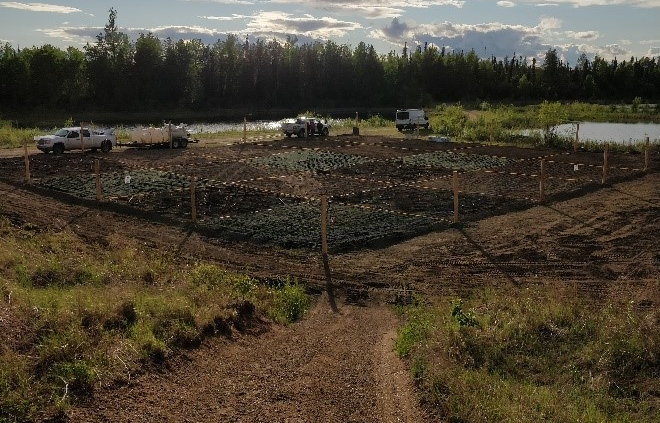 Reclaimit began field-testing various soil amendments for the restoration of sandy soils in 2017 (See our June 6, 2020 blog post). Widespread mortality caused by the site conditions of the initial trial site plus issues with site access caused Reclaimit president, Andrew Carpenter, to begin thinking about alternative locations for a follow-up trial. During an internet search, he came upon a photo of the Hannin Creek Educational Facility (https://hannincreekcamp.org/) near Candle Lake Provincial Park in Saskatchewan and saw that it is surrounded by a sandy, jack pine forest similar to the forest type characterizing some reclamation challenges we have in northwestern Saskatchewan. The facility is a field school run by Saskatchewan Polytechnic (Sask Poly) (https://saskpolytech.ca/programs-and-courses/programs/Integrated-Resource-Management.aspx). Andrew contacted Research Chair David Halstead at Sask Poly in Prince Albert and this led to the installation of a second trial in June 2019, near the Hannin Creek facility.

The new trial was established in a location that was more sheltered from the wind than the first trial and the treatments were modified based on challenges, learnings and new questions coming out of the first attempt. We repeated applications of biochar, peat moss and fertilizer and added three new treatments: hydromulch (see Figure 1), coarse woody debris, and mycorrhiza inoculant.

The trial was installed, and 600 jack pine seedlings were planted in June 2019 (Figure 2).  The seedlings were measured throughout the summer by Sask Poly summer students and first-year results were analyzed in the fall of 2019. 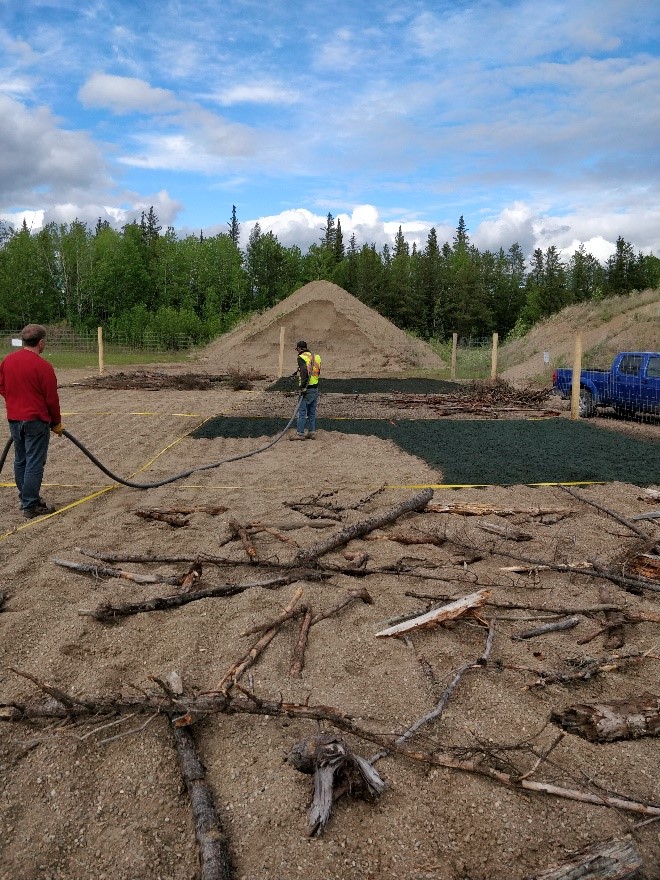 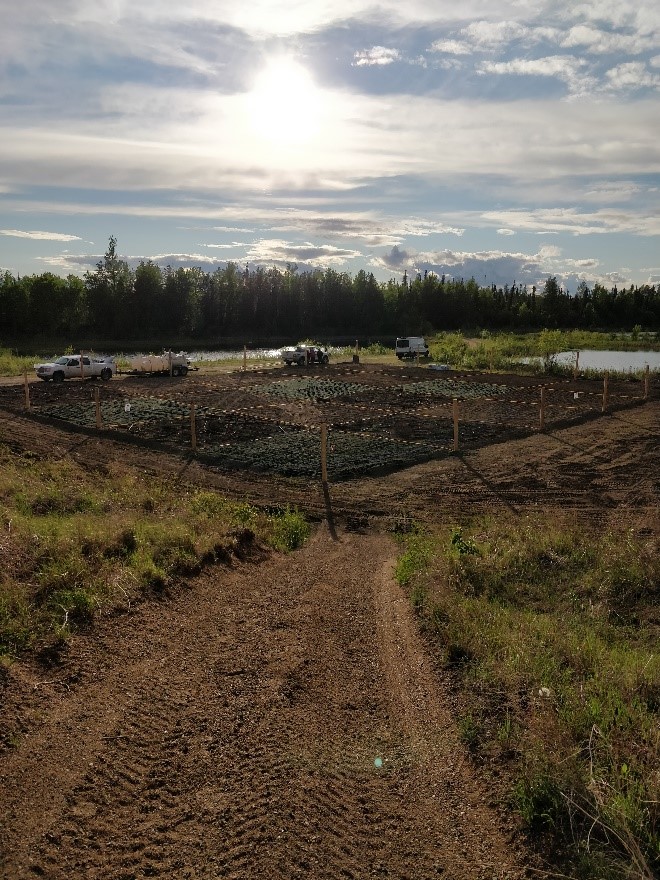 Initial results show that jack pine seedling survival was much improved in this second trial.

So far, the woody debris application has yielded the most widespread and reliable positive effects on seedling growth. Seedling growth response has been more moderate for the peat and biochar treatments and there were mixed results for hydromulch and mycorrhiza. The growth response of the seedlings in the fertilizer plots has been poor.  Reclaimit believes that tracking the trial through additional growing years will increase understanding of the effects and interactions of the different treatments. Currently, this trial remains in place at Hannin Creek and monitoring continues.

We may request cookies to be set on your device. We use cookies to let us know when you visit our websites, how you interact with us, to enrich your user experience, and to customize your relationship with our website.

Click on the different category headings to find out more. You can also change some of your preferences. Note that blocking some types of cookies may impact your experience on our websites and the services we are able to offer.

These cookies are strictly necessary to provide you with services available through our website and to use some of its features.

Because these cookies are strictly necessary to deliver the website, refuseing them will have impact how our site functions. You always can block or delete cookies by changing your browser settings and force blocking all cookies on this website. But this will always prompt you to accept/refuse cookies when revisiting our site.

We fully respect if you want to refuse cookies but to avoid asking you again and again kindly allow us to store a cookie for that. You are free to opt out any time or opt in for other cookies to get a better experience. If you refuse cookies we will remove all set cookies in our domain.

We provide you with a list of stored cookies on your computer in our domain so you can check what we stored. Due to security reasons we are not able to show or modify cookies from other domains. You can check these in your browser security settings.

We also use different external services like Google Webfonts, Google Maps, and external Video providers. Since these providers may collect personal data like your IP address we allow you to block them here. Please be aware that this might heavily reduce the functionality and appearance of our site. Changes will take effect once you reload the page.